Egypt: The Old, The New and the Undiscovered

On my last visit to Egypt floating in a hot air balloon over the West Bank of Luxor, over Medinat Habu and other stunning temples were outlines of other structures. I saw at least 50 during my time in the balloon. Subtle shadows of mounds of sand visible to the naked eye. I asked the Egyptologist who was with me if these were other significant sites? Probably, he said. Many were known, but most were not yet excavated. He estimated that only 30 percent of the treasures of ancient Egypt have been discovered to date. Immediately, I had visions of who would be the next Howard Carter (funded by Lord Carnarvon of Highclere fame) to stand at the entrance of an undisturbed tomb. The next discoveries may not be as phenomenal as Tutankhamun , but then again they may. 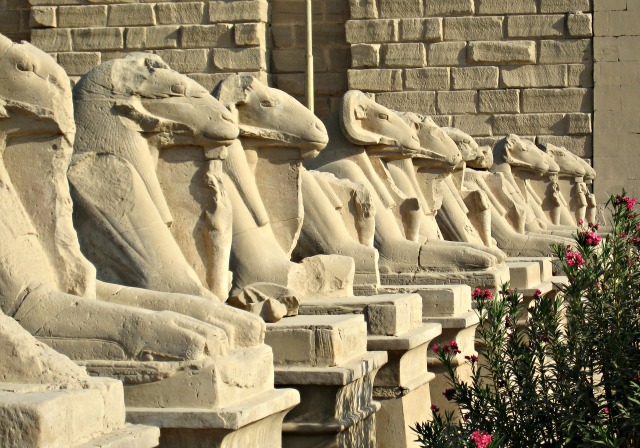 My last visit was in September 2012 with the US Business Mission to Egypt, organized by the US-Egyptian Chamber of Commerce and the US Department of State. We met with then President Morsi and his Ministers. All was looking up for Egypt, until the night after our meeting with President Morsi when there were riots in Cairo and the deadly Benghazi riots. Arab Spring was not over and the evolution in Egypt over the past 2 years has not been easy or calm. My story of that trip can be found
here.

Is it time to return to Egypt? For me the answer is always yes, but for the traveling public, particularly Americans, the desire to return since Arab Spring is still overshadowed by security concerns. A few are trickling back, but the comeback of cultural tourism, as opposed to the return of European tourists to the Red Sea resorts, has been much slower than anticipated. This is significant for the Egyptian economy. Cultural tourism brings in $10 to every $1 from those visiting resorts. So Egypt is hoping those interested in exploring their antiquities will return, in great numbers, soon.

As protests and clashes continue, I am not going to say all is fine. But what I am going to do is return to Egypt next month. At the invitation of the Egyptian Tourism Authority, I will be visiting Cairo, Aswan and Luxor with some travel industry leaders. I look forward to seeing many familiar and some new sites. I will share what I see and if it feels different from my last visits. My passion for Egypt is strong and my comfort level there high after over 25 visits, but I will try to share objectively. The pent up demand for the wonders of Egypt is very high. The opportunity to visit when there are not hoards of other tourists is a gift. But is now the time to return for many? I hope so.

Every trip to Egypt I return to the fabulous Antiquities Museum right off the now infamous Tahrir Square. My last visit there it was clear that monies were needed for everything from electricity upgrades to paper for the researchers. But in December the Museum unveiled the newly renovated Tutankhamun gallery. We just heard that prior to that renovation a researcher may have “glued” the beard back on Tutankhamun’s priceless gold burial mask, but Egyptian authorities claim all is fixed.

On a modern note and right next door to the museum, the new Ritz Carlton, at the site of the former iconic Nile Hilton should be opening soon and promises to be a very bright addition to the Square.

At the Giza Pyramids, it was reported in January 2015 that a man digging “illegally” under his house may have uncovered a passageway to the Pyramid of Khufu. Was this the tunnel to the Great Pyramid that Herodotus wrote about in 5th century BCE? I doubt they will let me crawl through it , but I will ask.

Flying to upper Egypt to the more serene Nubian desert, we will see the sunrise at the fabulous Abu Simbel temples built by Ramses II to honor himself and his wife Nefertari.

In Luxor, I am thrilled to be joining the Minister of Antiquities as he reopens the fabulous tomb of Thutmosis III after an extensive restoration. We will also visit what I consider to be the finest tomb on the West Bank, that of Nefartari in the Valley of the Queens. Not to be confused with the beautiful Nefertiti whose bust remains in Berlin’s Neues Museum.(another story), Nefartari’s tomb is the most beautifully designed and preserved I have ever entered. Prior to Arab Spring, very few tourists were allowed in her tomb daily and the tickets were highly prized. I have only visited it once on all my previous visits.

So to answer my title, what’s new in Egypt? Plenty and that which is not new will always inspire. The Sphinx awed Napoleon and it certainly still leaves me in awe…every visit. Stay tuned and follow me next month on Twitter, Instagram and my blog. I hope the answer is a resounding yes..it is time to return, not just for me but for many, many more. Egypt is always new and inspiring as it has since before the time of Herodotus. 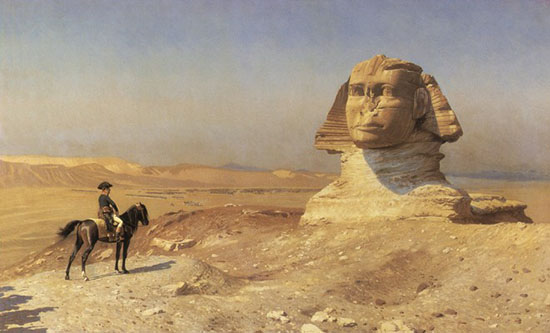 This article was originally posted in the Huffington Post , February 2, 2015