As many prepare to visit the Washington, DC region for President Obama’s second inauguration, I would like to share with you my top recommendations for presidential-themed visits. This list is very subjective; my passions and places I return to time and again to experience the inspiring history around us. 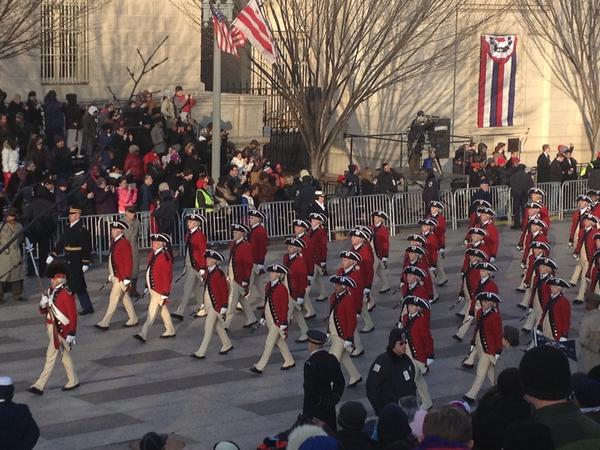 1. The fabulous Smithsonian Museum Support Center in Suitland, Maryland is normally closed to the public, but several times a year, the Smithsonian Associates take tours that you can join. Check here for info. Virtually unheard of until Dan Brown’s book The Lost Symbol, what can you see at this vast collections storage and conservation facility? Over 55 million objects, all fascinating, but one collection draws me back every time — Teddy Roosevelt donated many collections to the Smithsonian. Part is publicly displayed, but those here can be seen, with their original accession cards still attached, exactly the way they were donated at the turn of the century.

2. For dinner, dine in the gorgeous wine cellar at the elegantly refurbished Jefferson Hotel. The Jefferson’s award-winning sommelier, Michael Scaffidi, formerly of the French Laundry, has meticulously recreated Thomas Jefferson’s wine collection as documented at Monticello and through his travels — including the Madeira used to toast the signing of the Declaration of Independence. Rumor has it that the Jefferson is a favorite spot of President Obama, but you didn’t hear it from me.

3. Visit another Jefferson collection at the Library of Congress. Thomas Jefferson offered to sell his personal library to the Library of Congress as a replacement for the loss when the British burned the U.S. collection during the war of 1812. In 1815, Congress purchased it for $23,950. Sadly, over two-thirds of Jefferson’s personal collection was lost to fire in 1851. Since then, the Library has been painstakingly trying to recreate his original collection. You can view it by special appointment and there is no surer way to get a real sense of our third president than through his books — and his wine.

4. The Mount Vernon Estate and newly opened world-class museum is an obvious choice. You will experience the day to day life of our first president and of a large estate. Two small details, however, always intrigue me. Don’t miss the portrait of Louis XVI, a major benefactor to the American Revolution, in the dining room, and right around the corner the Key to the Bastille presented to President Washington by General Lafayette to commemorate the French Revolution. The times they were a-changing. Don’t miss Washington’s Grist Mill down the road.

5. On a poignant note, of all my “presidential” visits the one item that touched me the most is at the Smithsonian’s National Museum of American History. Included in the many items in their Abraham Lincoln collections, is a small White House coffee cup. Abraham Lincoln placed this cup on a windowsill in the White House on his way out to Ford’s Theater on the evening of April 14, 1865. A servant noticed and after he heard about the assassination, he saved the cup, which was later presented to Lincoln’s son Robert Todd Lincoln. This small cup illustrates a very personal moment in time which still resonates today.

6. Dinner again, at Bourbon Steak at the Four Seasons in Washington, DC. OK, this is a stretch for my theme, but they have the absolutely best french fries (remember Freedom Fries, does that make the connection?) and they say the steak is not bad either. Many foreign presidents and kings have stayed here and no doubt have had the french fries!

7. For your hotel, for presidential proximity, the only choice is the luxurious Hay Adams. Right across from the White House, no one is closer. Ask for a room overlooking the White House and your view will be much better than that you see on CNN newscasts. I promise!

I hope you will come explore Washington during this inauguration or any time. History is alive here and you can see, taste and sense your past.

Best wishes President Obama on the occasion of your second inauguration!