Jerusalem and the West Bank

Travels in the Middle East November 14, 2016 By Jean No responses

What happens when you tour Jerusalem and the West Bank with an Israeli and a Palestinian guide?  Dual narratives? Yes. Disagreements? Yes. Acrimony? None.  Travel and politics, done well. 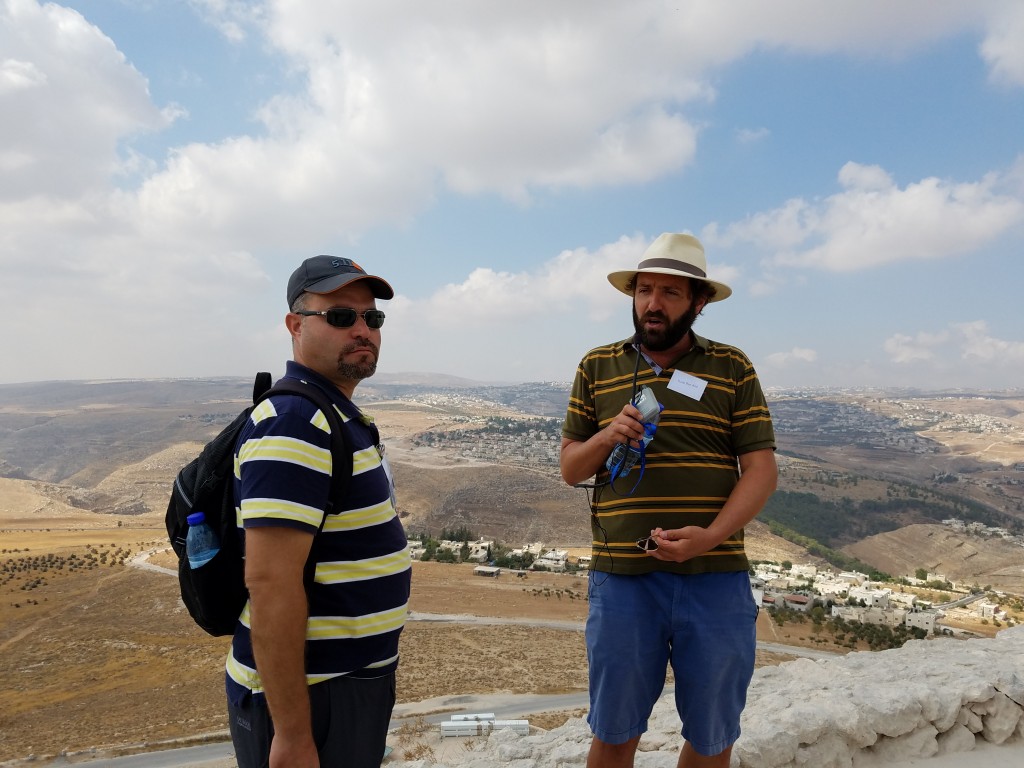 Samir and Yuval, our Palestinian and Israeli guides, at the site of Herodium, looking out over the West Bank.

Standing atop the ancient site of Herodium, at the highest point in the Judean desert, our group turned away from the archaeological site to examine the surrounding landscape. We were on the West Bank, in Palestine. Looking out at a landscape of small Palestinian villages and new Israeli settlements that we read about in the news, we waited for their explanations.  This was the land disputed since before Herod built his palace in the 1st century BCE. We were about to hear about the history and the current political situation in this volatile region from two men who live it day by day. 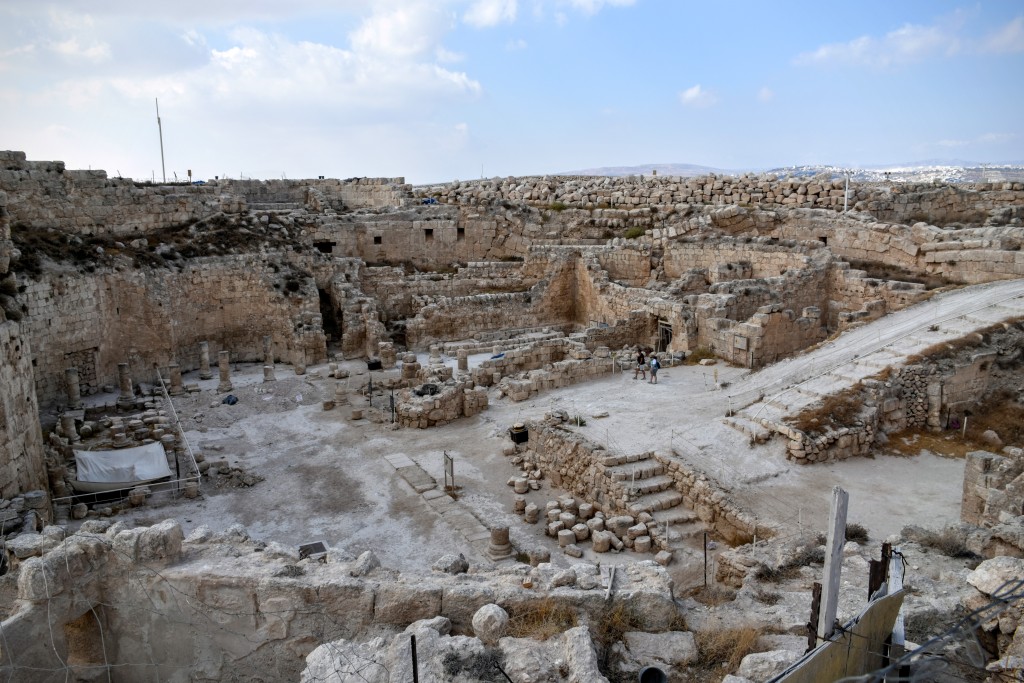 One of King Herod’s Palaces at Herodium. 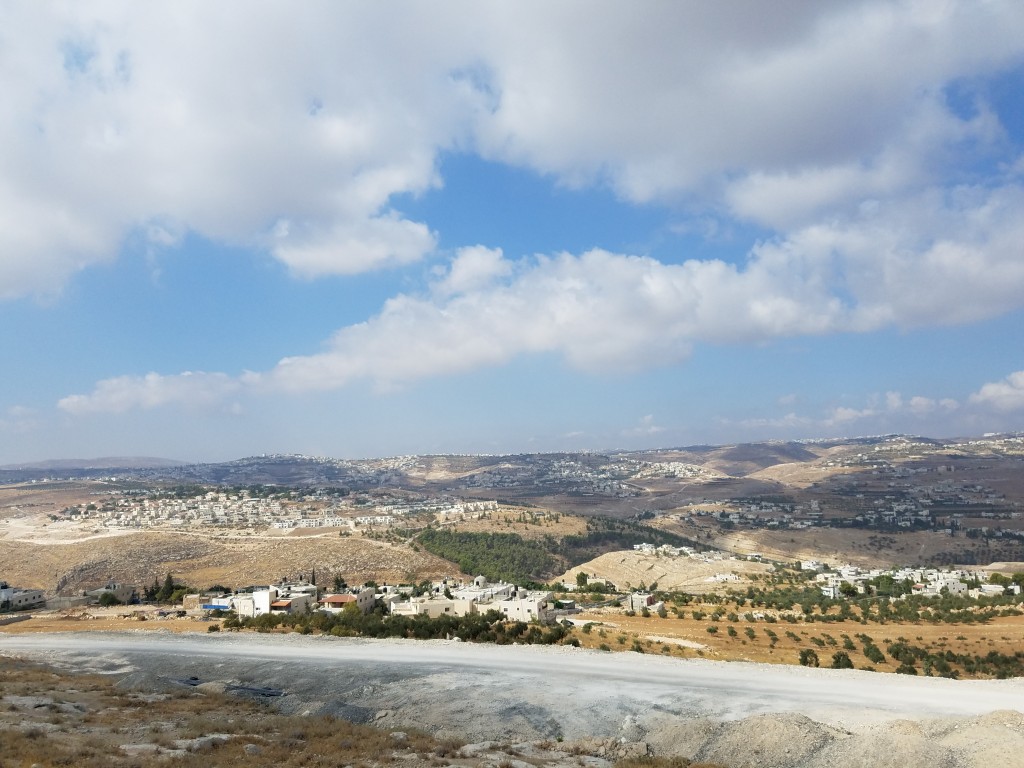 View of the West Bank from Herodium.

Here is my video looking out at the West Bank.  this-is-the-west-bank.

Our guides shared, or relinquished, the microphone in a constant faux battle with good humor. We had become accustomed to conflicting stories and even names for many sites in Jerusalem. Though friends, their differing perspectives insured our five days in Israel and Palestine were not your typical tourist fare. Looking out over this area of the West Bank, at villages and settlements, their views took us beyond the headlines, way beyond. 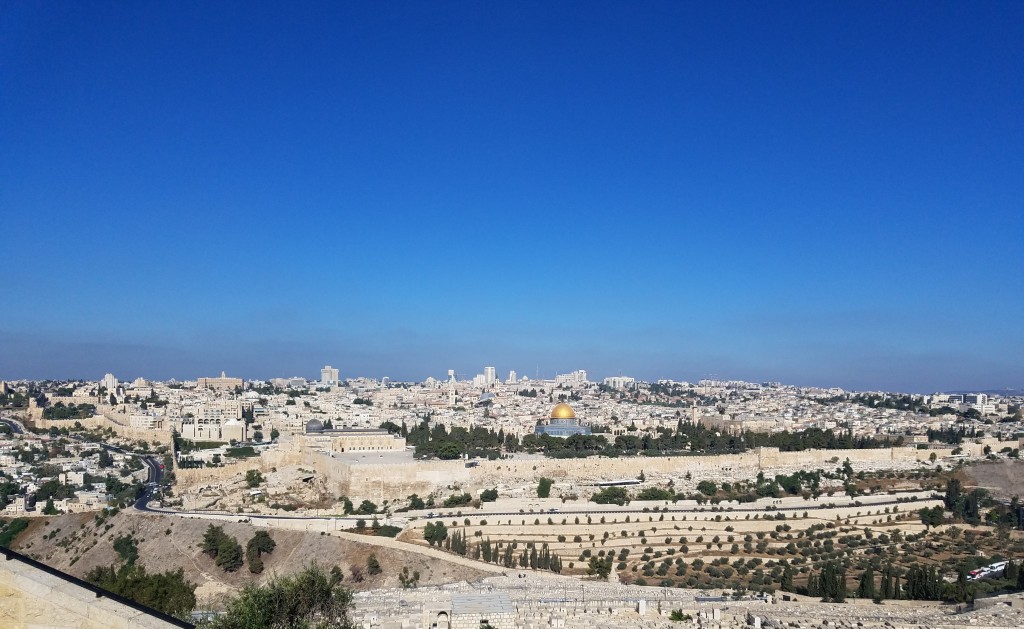 The Old City of Jerusalem viewed from the Mount of Olives.

The tour company leading us, Mejdi, prides itself on presenting dual narratives of sites and history in the world’s most volatile region. The man behind Mejdi is Aziz Abu Sarah, a National Geographic Emerging Explorer with a fascinating background. An earlier interview with him in National Geographic Traveler can be found here. 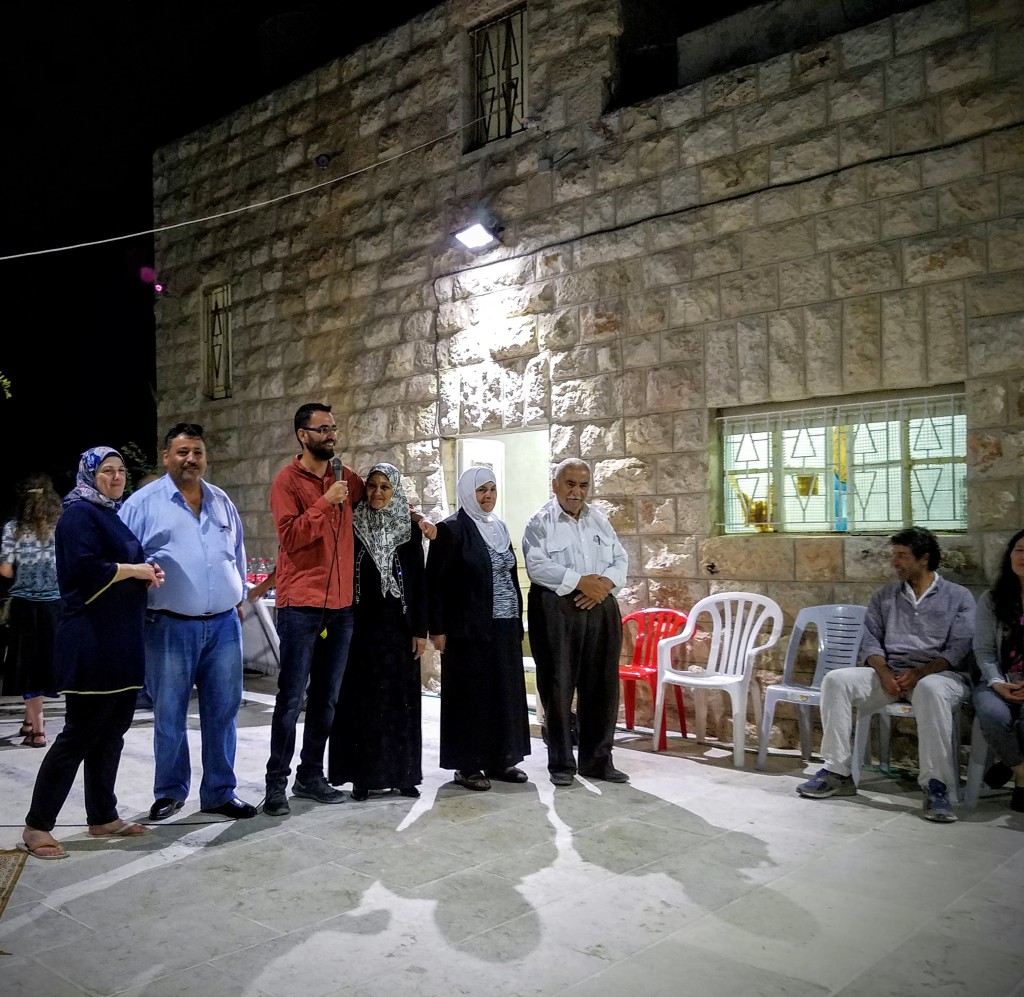 Aziz at with his family at their home on the West Bank.

I was privileged to spend 5 days with Aziz and his staff in Jerusalem and on the West Bank. Traveling with small group and the author Jared Diamond on a  private jet journey organized by Bushtracks Expeditions from Jerusalem to Capetown;  this was our first stop.

The physical challenges of travel in the region highlighted the fragile status quo. Border crossings with conflicting rules, police who outnumbered tourists and religious regulations that were unfamiliar set a tone.  But the personal stories of our guides taught us more than any linear history. 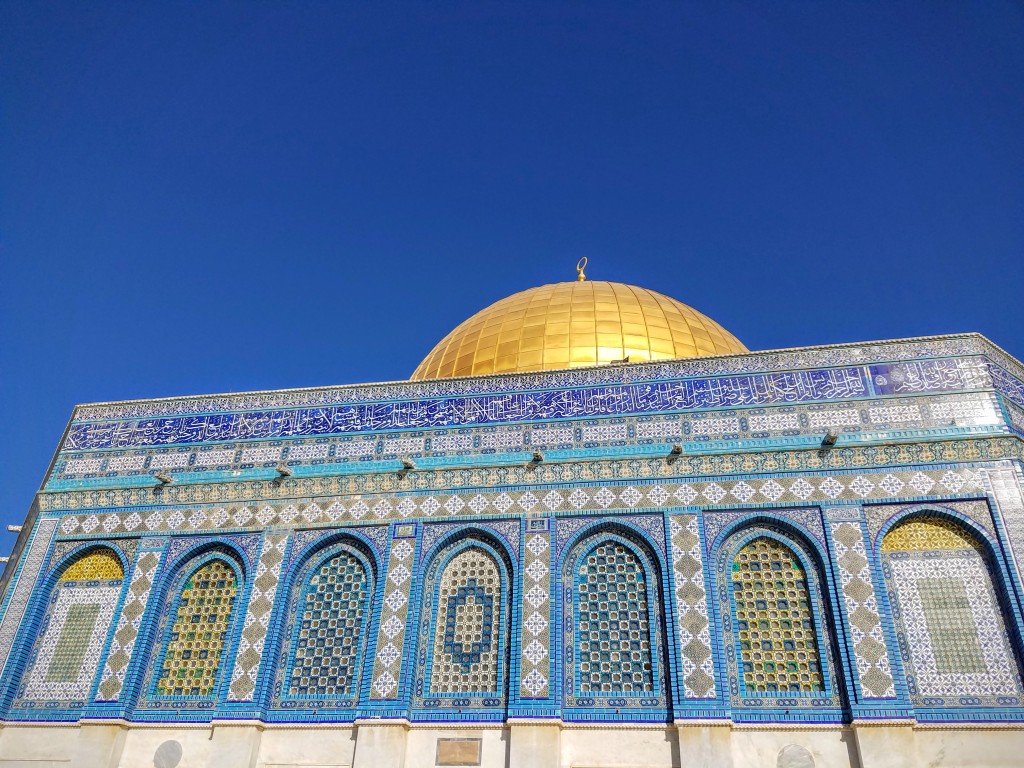 The sacred Dome of the Rock, Jerusalem. 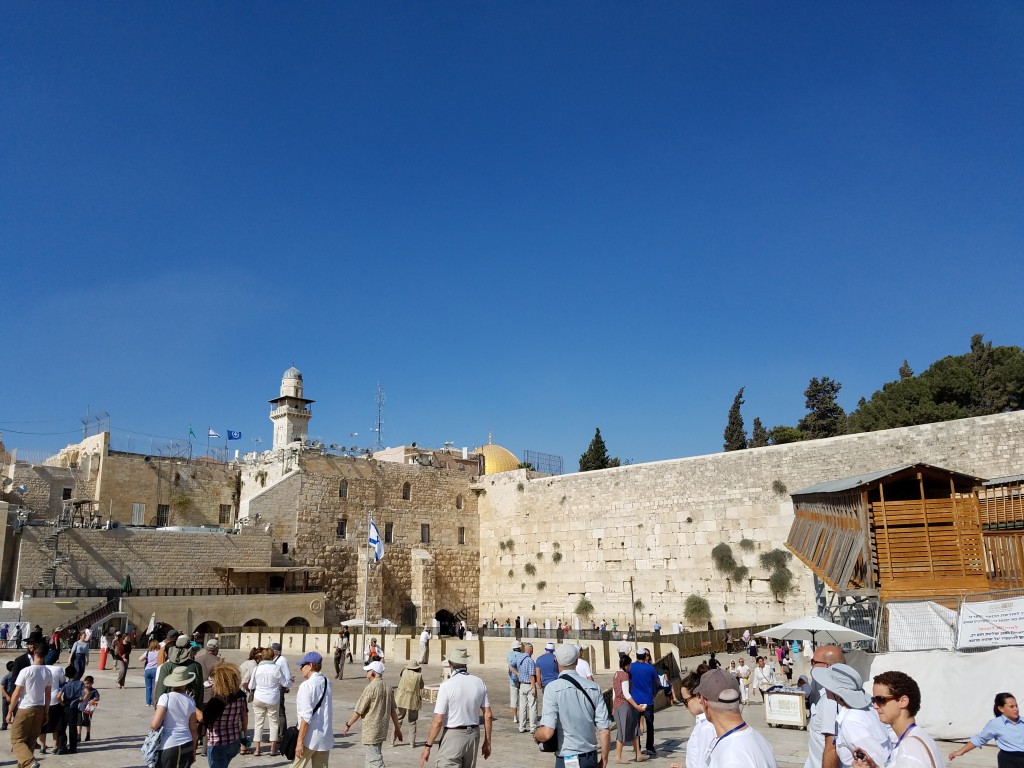 The sacred Western Wall with the Dome of the Rock in the background.  So many holy sites of many religions so very close together. 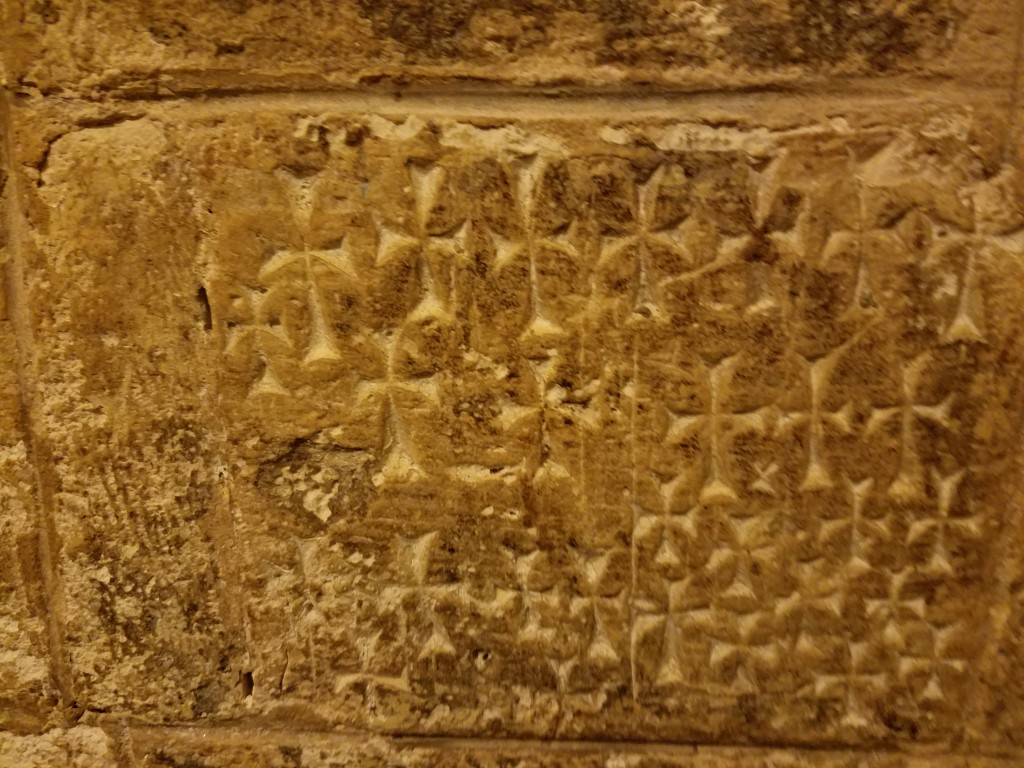 Graffiti left by the Crusaders inside the Church of the Holy Sepulchre.

Our Israeli guide, who grew up in Jerusalem, had never met an Arab until he was 18 years old, despite living just blocks from East Jerusalem. The same was true for our Palestinian guide. They both shared they had been taught from an early age to distrust the other. They were now friends,  understanding they may never agree on some fundamental issues.

The high point of our visit was dinner with Aziz’s family in their West Bank home. We were the entertainment for the whole village and the neighborhood children enjoyed sneaking around to get a peek at this odd group of Americans (and Israelis.)   We ate, we danced and we met many of the neighbors. It could have been an evening in my backyard in Washington, DC, but the food was much better. 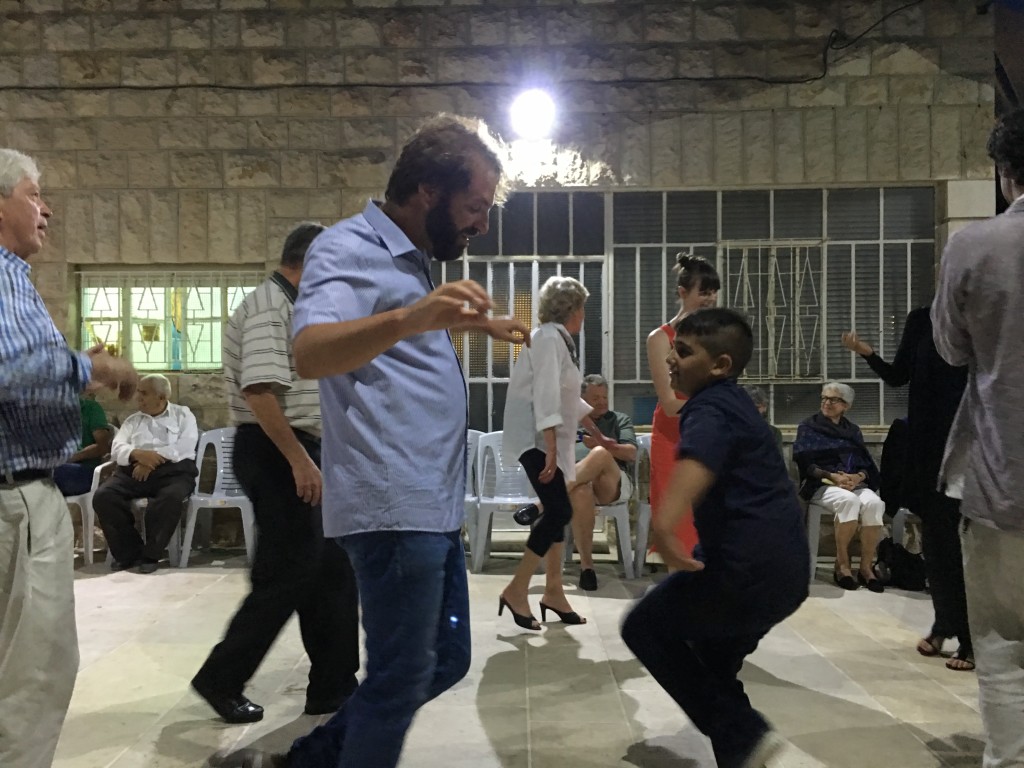 Dinner and dancing on the West Bank with Aziz’s family and our Israeli Guides.

As we walked back down the dirt road to our very obvious bus parked on the main street, we heard loud bangs. Gunfire I asked Aziz? No just fireworks he said. Probably true but a reminder that despite our experiences, differing views are rarely so congenially discussed in the Middle East.

On the hill of Herod’s Palace at Herodium, we saw the battles of the past and the discord of the present. Our guides agreed that for many of the Israeli settlers, the motive was economic, not political to settle in a disputed land.  Taking care of one’s family is a universal priority.  We saw how two young men who live the day to day terror of  past and present are trying to find common ground to move forward.  Not sanitized versions of history and life, but thought provoking and challenging.

Our trip by private jet with Bushtracks had begun, and the real luxury was not the private jet. It was the rare chance to meet two men of vastly different backgrounds, who shared their personal lives along with a strong dose of history. What we heard will not be forgotten.

As Aziz said in his earlier interview with National Geographic Traveler:

“Travel is the best intercultural exchange that can happen. I’m not saying people need to agree, but [I am asking them] to open their minds.’ 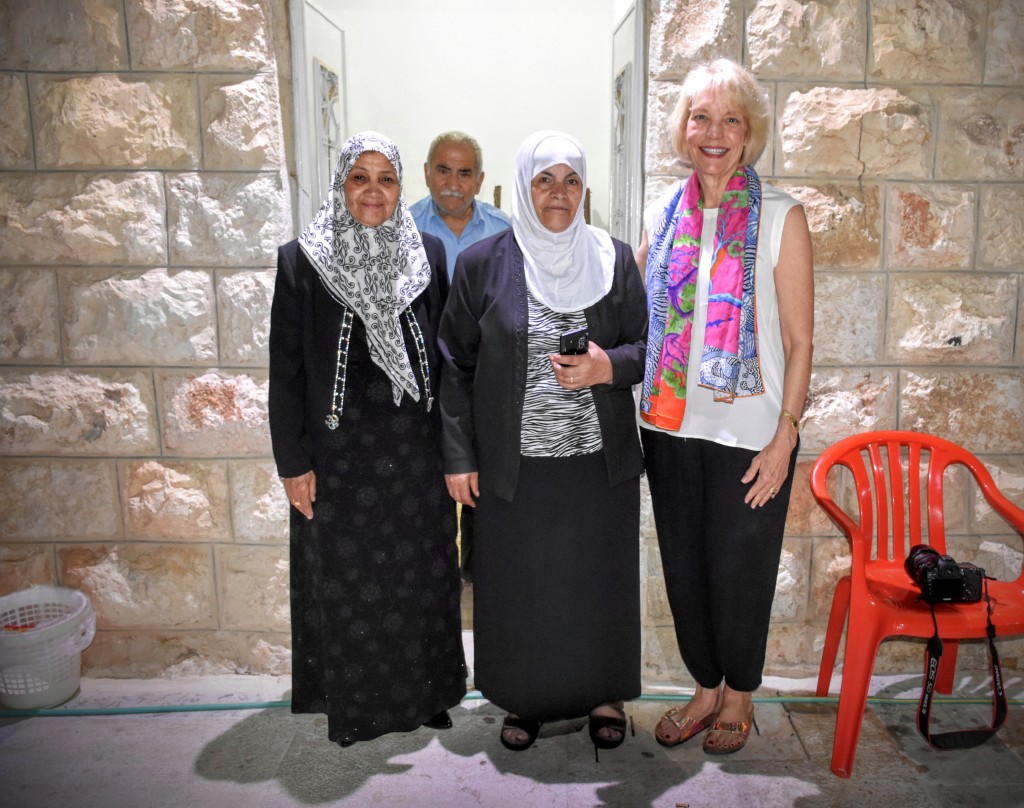