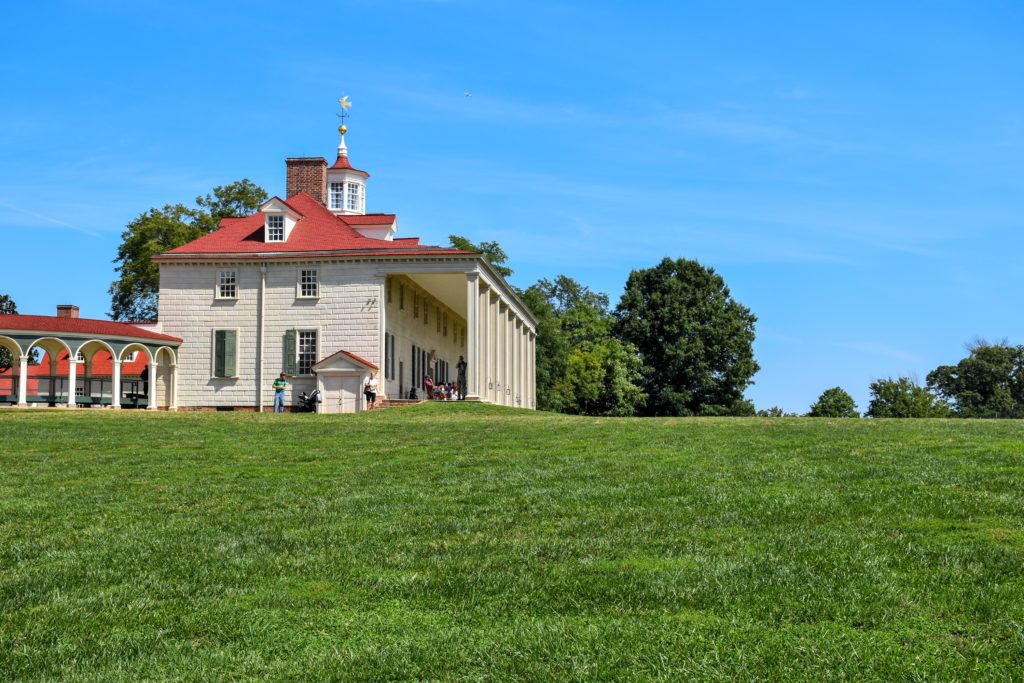 As we all hopefully enter the last weeks of our COVID isolation, dreams about travel become concrete plans.  My first visit will be a return to George Washington’s estate at Mount Vernon, specifically to study the gardens and the foods they ate.  Culinary history tells me so much about a people and a time.  George Washington’s Mount Vernon is now a world-class destination with an interactive educational center, research library, and Musuem, but it is the meticulous gardens that fascinate me. Particularly Martha Washington’s kitchen garden that fed so many of our early revolutionary heroes and founding fathers. 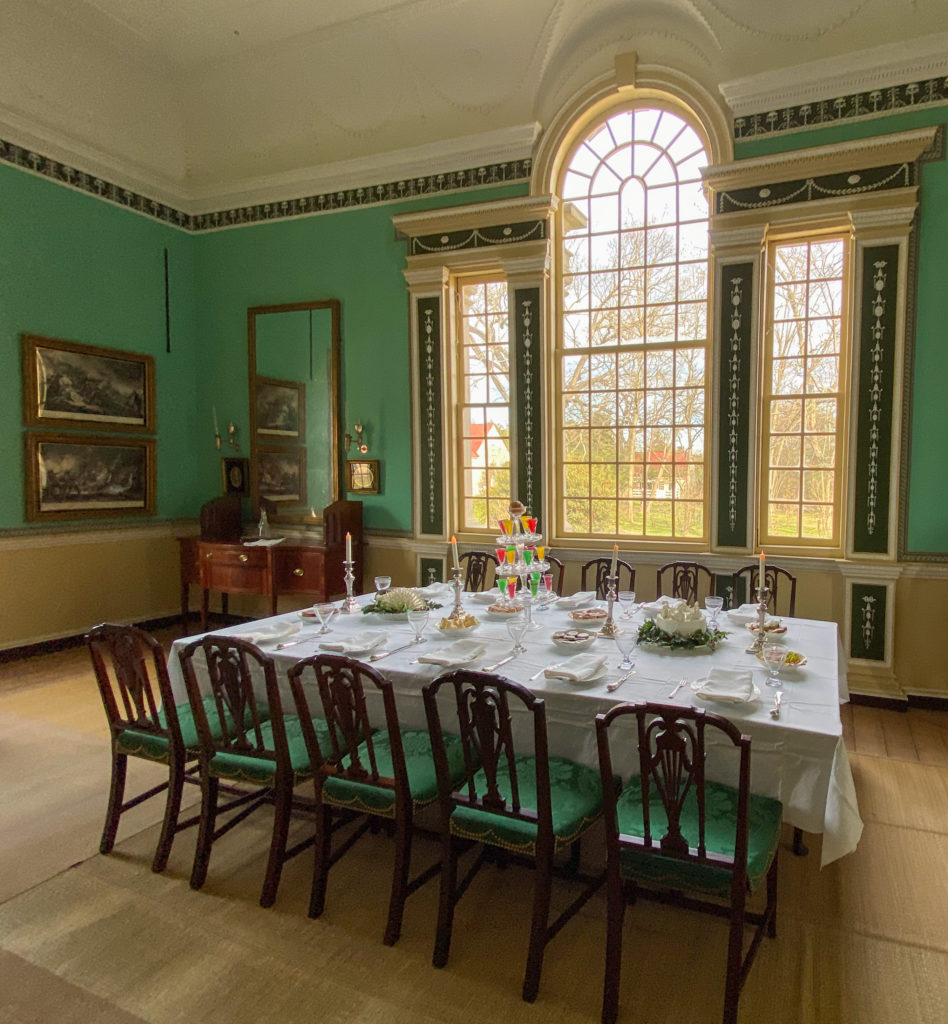 The dining room at Mount Vernon

The house is a microcosm of early American history. The portrait of Louis the XVI in the dining room reminds you of the pivotal role he played in financing the American revolution. But upon entering the house the pride of place is given to the Key to the Bastille, symbol of the revolution that eventually guillotined Louis XVI. The key was given to President Washington by Marquis Lafayette,  as a symbol of liberty and democracy. Times were changing rather quickly during those turbulent years too.

The experience of enslaved people at Mount Vernon is well documented as is George Washington’s decision to free them in his will after Martha’s death. It highlights that the lifestyle enjoyed by the Washington’s was supported by a large enslaved population.

Set for a meal, with seating for 10 to include the ever-present house guests that the Washington’s always welcomed, the dining room allows you to see day to day life in the world of the elite landowner in 1799. It was a time in which good fortune included obligations and one of those was to welcome any guest who arrived (of “acceptable” status and with an appropriate letter of introduction), for as long as they chose to stay. The personal expense of Washington’s fame was high. 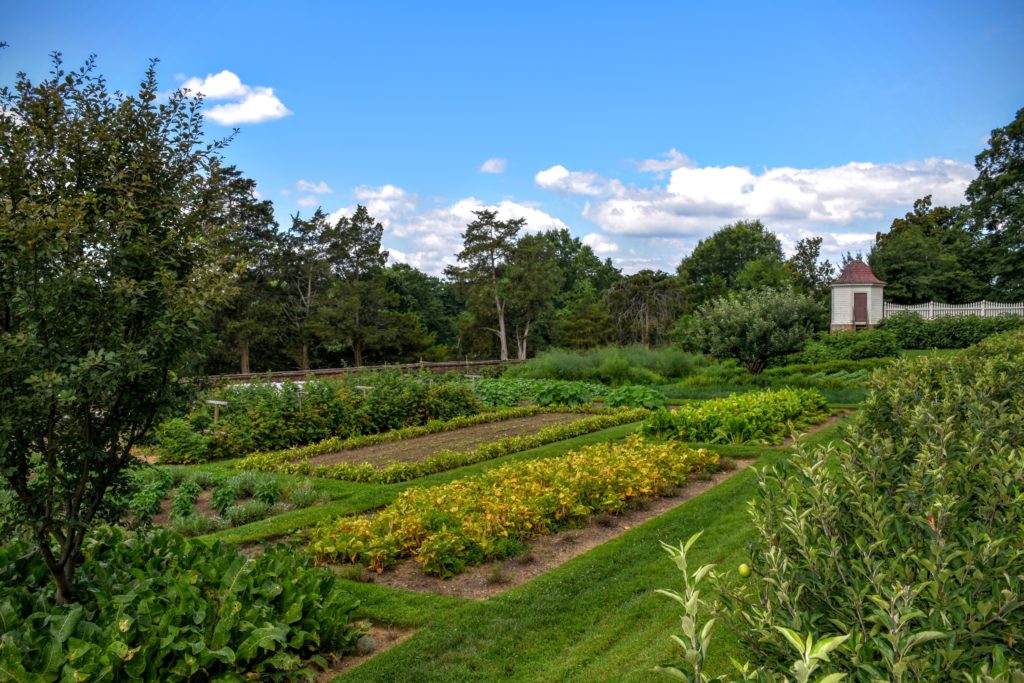 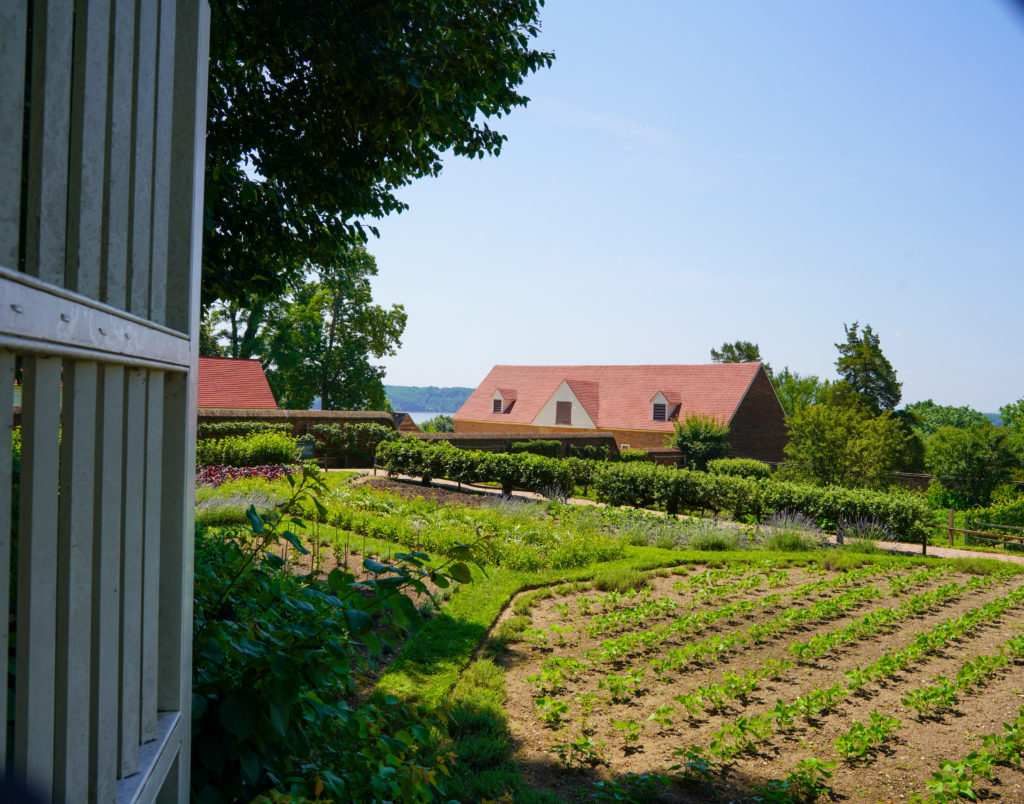 Dining was the central social experience. President Washington knew that even the choice of silver and china for place settings had implications for this new nation. Not too grand, not too shabby, but at a level befitting the now former President. Silver flatware was simple but substantial and engraved. China, which before the revolution might have been from England after the revolution was from France with many fine sets from the Sevres factory, then the best in the world. These decisions were not lightly made as they were branding a new nation for the world to see.

Food was plentiful and sourced locally when possible. But expensive imports were critical as well as status symbols. These included oranges from Seville and sugar from the Caribbean. Of interesting note here again is the impact of the American Revolution on the day to day life of the estate. Salt, a very critical component for curing meats and fish to last the winter, had come mainly from England, but during the war, a quick substitute from Portugal had to be arranged. Similarly, then General Washington’s favorite ales were British, but no longer allowed. 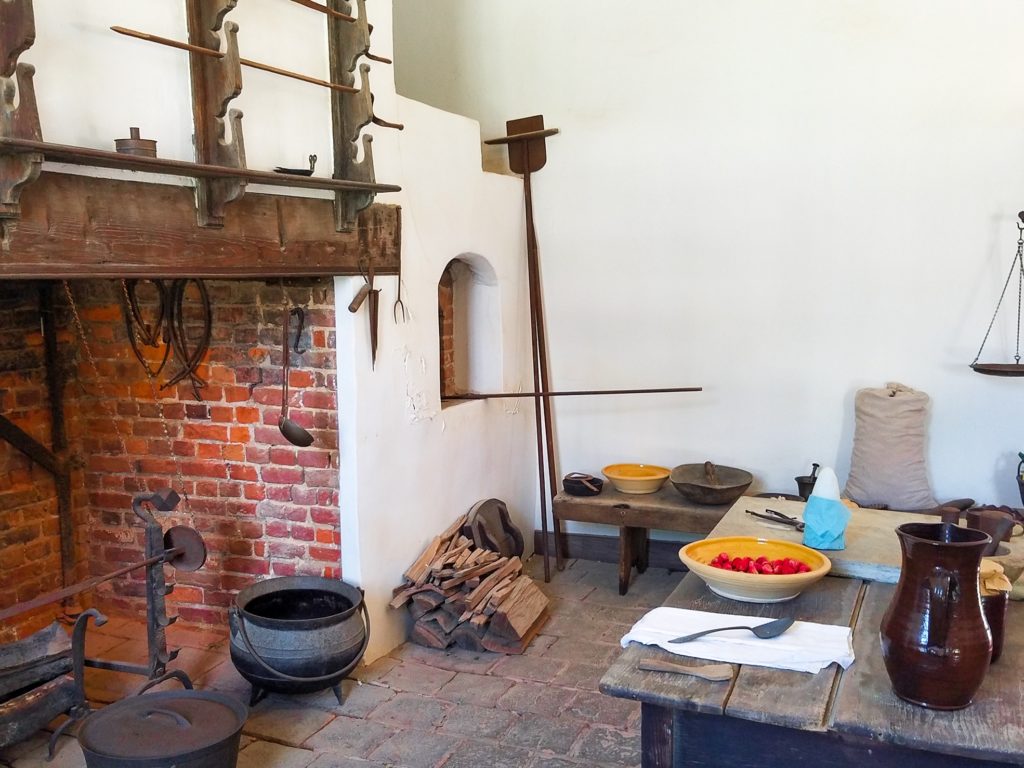 The kitchen at Mount Vernon with the valuable sugar cone. 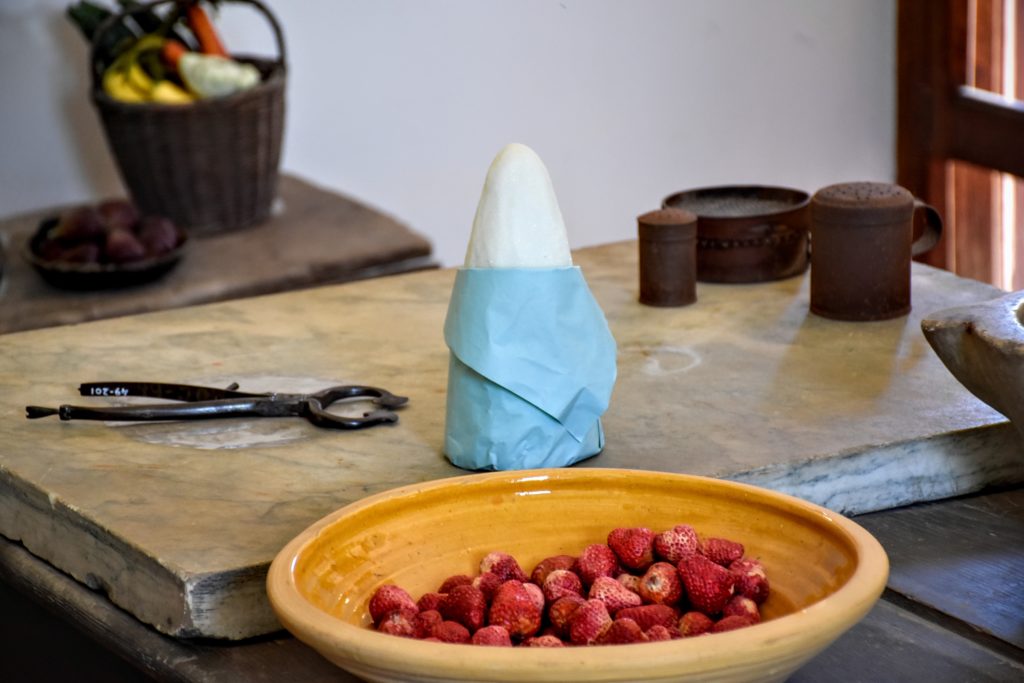 Meals were bountiful and lasted two to three hours. Certainly, much of the business of the new nation occurred during these meals. They included ham, game, vegetables, and fish, including sturgeon-which in 1799 was so plentiful it was said you could walk across the Potomac River on their backs. Ice cream was a favorite as long as ice saved from the winter was available. Imported wines, ales and port completed the gourmet meal. This was no meager fare nor was it expected President Washington and his guests would not enjoy the finest available.

The best museums allow the visitor to learn and make their own judgments of an object,  period, culture, or event. House museums have the advantage of not just showing you objects but transporting you to another time.  They place you in the actual site, surrounded by the objects of daily life. At this, Mount Vernon is particularly successful. 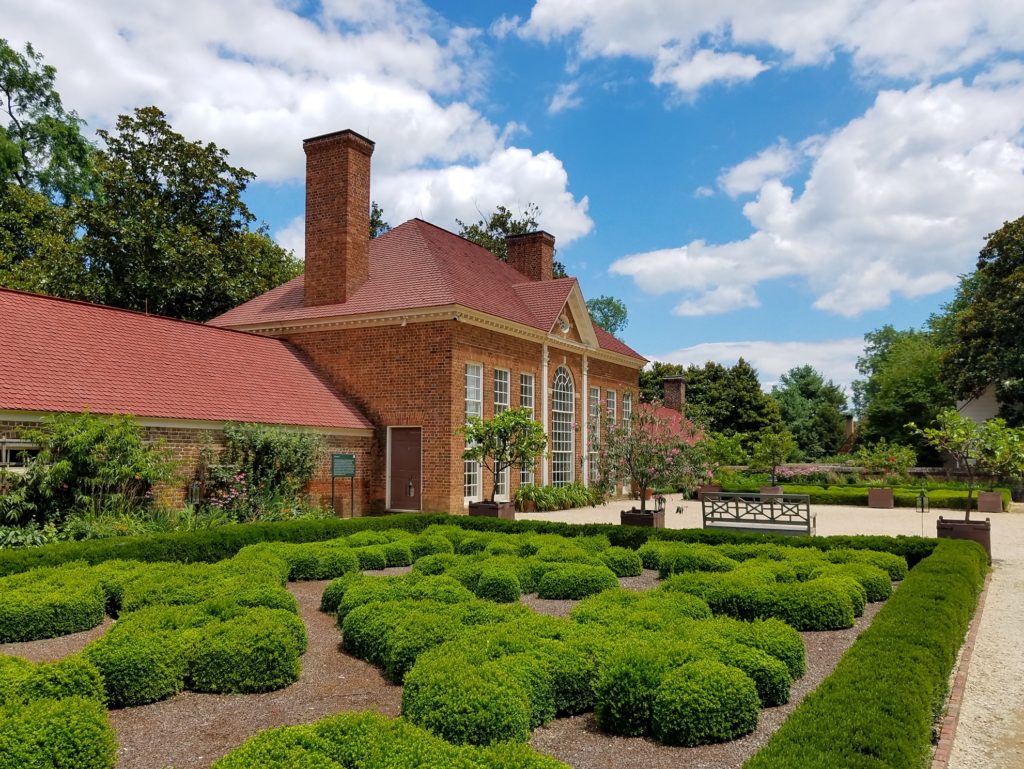 The upper garden and greenhouse.  Notice the fleur de lis, a thank you to France for their support during the Revolution.