What is it like to travel with author and historian Alison Weir?

October 15, 2013 By Jean 2 responses
What is it like to travel with author and historian Alison Weir?  Here is a glimpse–melding history, art and unbelievable research.
From Alison:
” These full-length, stained-glass figures if Henry VII and Elizabeth of York appear in the east window of the chancel of St Nicholas’s Church, Stanford-on-Avon, Northamptonshire, which dates from c.1537-40. Beneath the Queen is the label ‘Elizabetha R.’. The figures derive from Holbein’s Whitehall mural. The window was at Stanford Hall until the 1880s, and it has been suggested that it was originally commissioned by Henry VIII for one of his palaces, and that there might have been other panels showing Henry VIII and Jane Seymour. In support of that theory, the church organ in St Nicholas’s is said by some sources to have been the one made in 1630 for the Chapel Royal of Whitehall Palace, which was removed by Oliver Cromwell and came into the possession of the Cave family, who had owned Stanford Hall since 1430 [other sources claim that the organ came from Magdalen College, Oxford]. Possibly the Caves acquired the glass panels from the palace too; they owned a portrait of Elizabeth of York.” 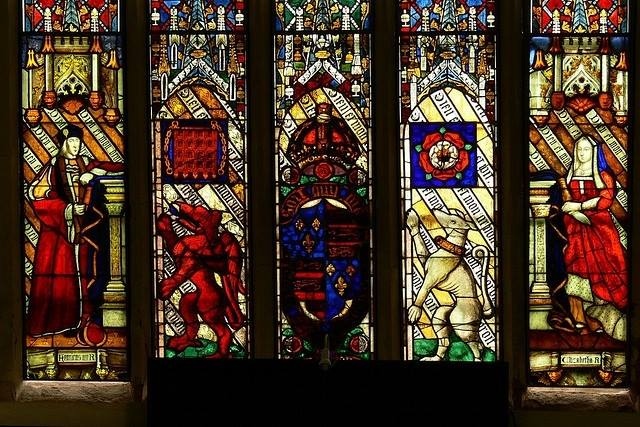 2 thoughts on “What is it like to travel with author and historian Alison Weir?”